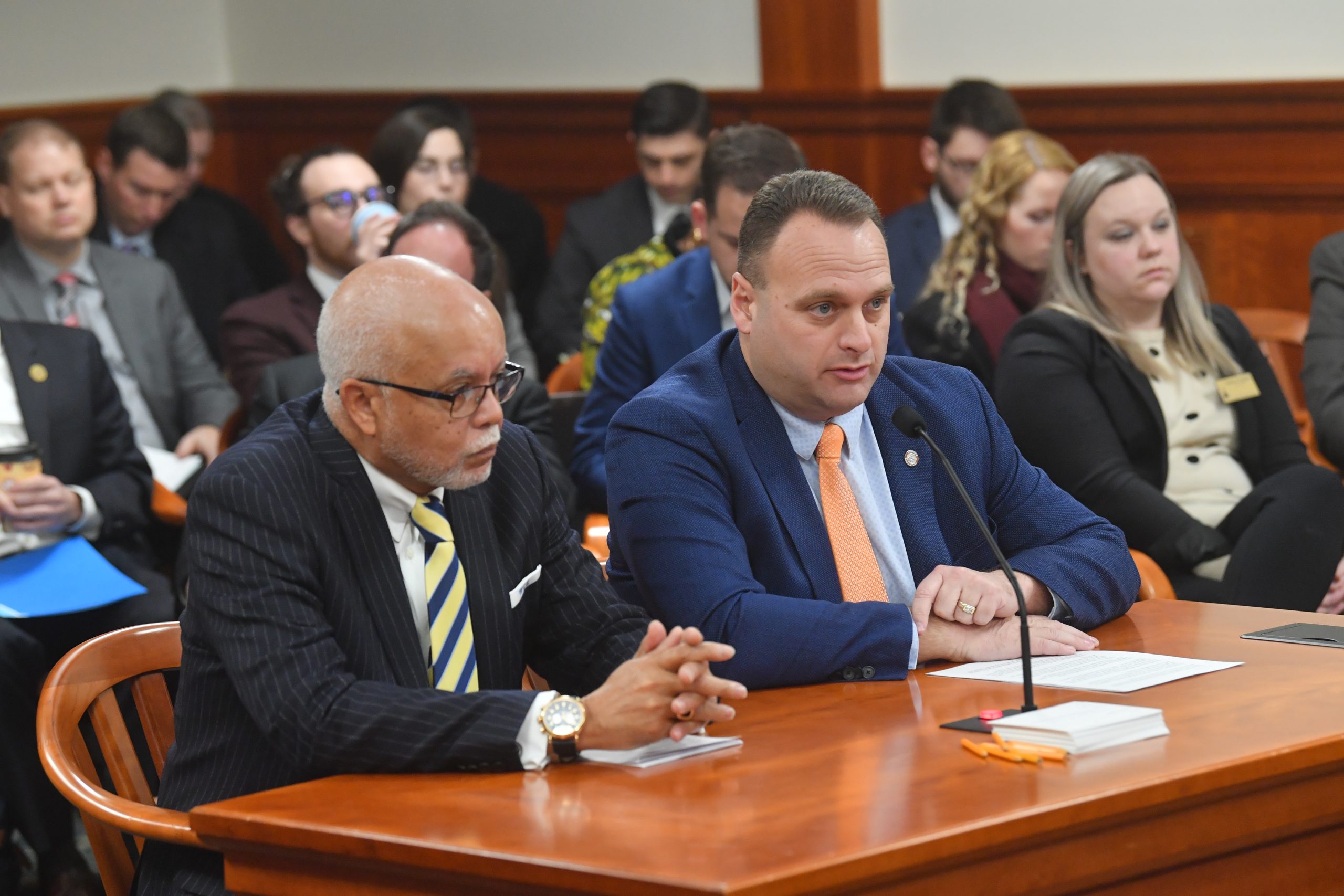 State Rep. Jason Sheppard, of Temperance, today testified on his plan expanding how communities could collaborate to provide services.

While the focus in some instances may be on transportation and public transit, House Bill 5229 could be applied broadly, giving communities and counties more versatility when it comes to their millages and improvement plans for a variety of services.

“We have 83 counties, almost 1,250 townships and over 550 cities and villages across Michigan that all provide local services to taxpayers,” Sheppard said. “We need a plan that emphasizes local control and flexibility when neighboring areas work together to provide basic, shared local services as these areas continue to experience growth.”

Under current law, local governments can enter into joint contracts with one another or a public agency for providing or creating services. These joint endeavors can lead to proposed millages with a majority vote deciding whether taxpayers will assist in paying for the services, but the number of millages must be under a constitutional limit.

HB 5229 clarifies that these joint plans would not count toward that limit and would open the door to additional partnerships – such as counties working with townships – for shared services. The money generated from an approved tax would also not be captured by any other governmental entity for unauthorized purposes – meaning money earmarked for a project would be going directly to where it’s intended.

“This is an opportunity for voters to decide what is best for their community and the surrounding area,” Sheppard said. “If approved by the voters, it will then give those communities another tool in the toolbox to use to expand transit or other service needs for their area.”

Regional public transportation plans have been discussed before in southeast Michigan. In 2016, voters in Wayne and Washtenaw counties approved a tax to create rapid transit lines and modern rail service while Oakland and Macomb counties opposed it.

Sheppard was joined in testimony by business leaders and several local officials from the Detroit-area, as well as greater Detroit. HB 5229 remains under consideration in the House Transportation Committee.

State Rep. Jason Sheppard tonight released the following statement after learning of the passing of Wayne County Sheriff Benny Napoleon: “I am incredibly sorry to hear about the loss of Benny Napoleon tonight. Many of my colleagues knew him as a very successful sheriff and a strong partner with the Legislature on criminal justice reform. […]

State Rep. Jason Sheppard of Temperance today paid tribute to a late Monroe Township firefighter during the Michigan House’s annual Sept. 11 Memorial Service at the Capitol. The ceremony remembers first responders and members of the military from Michigan who died in the line of duty in the past year.

Rep. Jason Sheppard of Temperance today said that a safe, complete reopening of Michigan’s economy is necessary to preserve funding for schools and other essential public services over the long term.