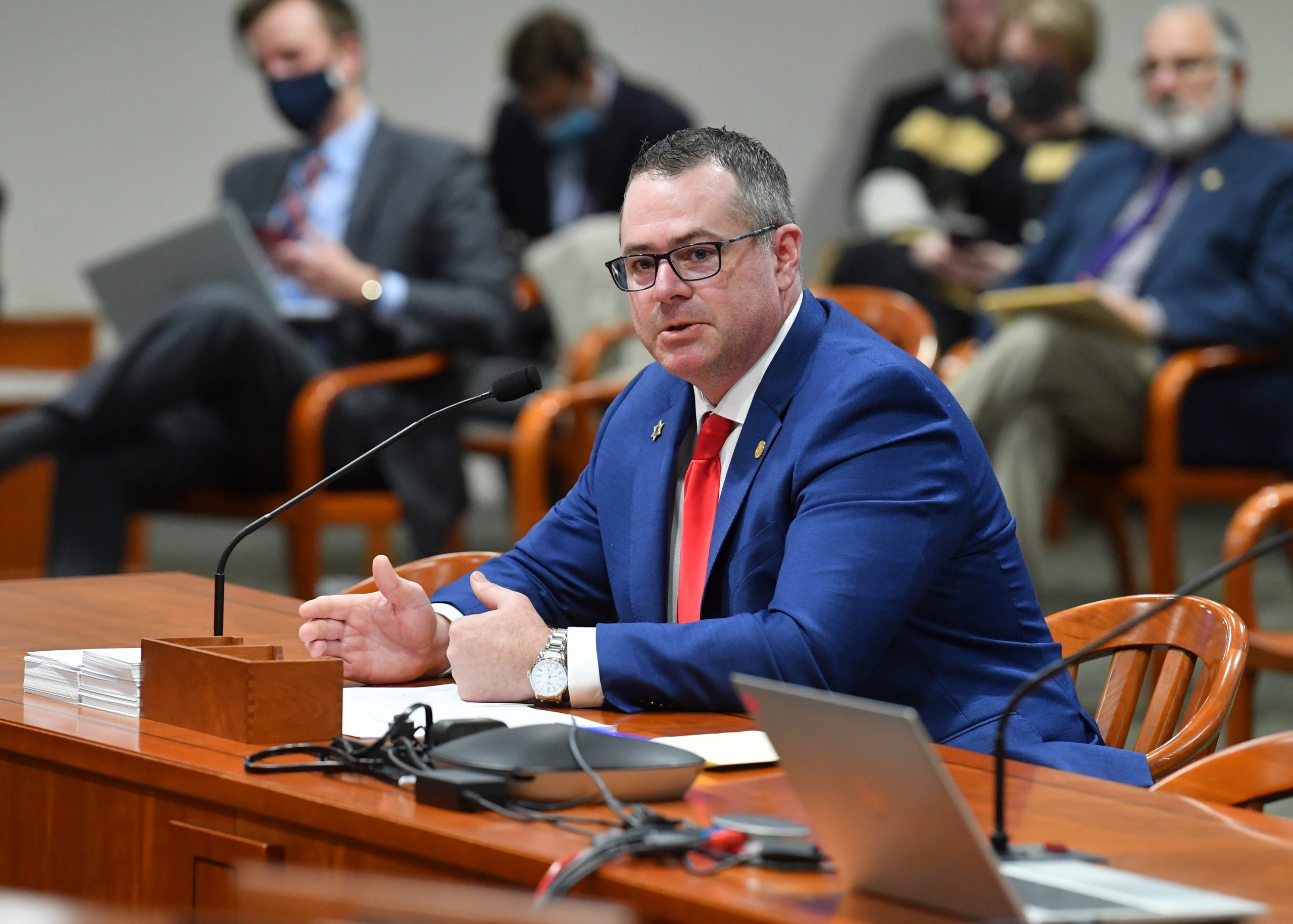 State Rep. Mike Mueller of Linden testifies in support of his criminal justice reforms before the House Judiciary Committee.

State Rep. Mike Mueller today testified in support of a bipartisan effort he is leading to take a smarter approach to addressing low-level crimes in Michigan and keep good people out of the criminal justice system.

“Under our current laws, if you make a simple mistake like forgetting to put your name and address on your hunting blind or failing to display your snowmobile registration, you are facing a misdemeanor crime that requires a court appearance and could result in jail time,” said Mueller, of Linden. “Our plan would reclassify these crimes as civil infractions, giving you the option to simply pay the ticket and move on with your life.”

Mueller is sponsoring House Bill 4153, which classifies an individual’s first offense for driving on a suspended license as a civil infraction if the license was not suspended due to dangerous driving activity.

“Many people have their licenses suspended for violations completely unrelated to driving – things like forgetting to pay a ticket or failing to pay child support,” Mueller said. “If they drive on that suspended license to get to work and it lands them in jail it creates a vicious cycle – they lose their job because they can’t get to work, and they can’t afford to pay their fines if they don’t have a job. That’s what we’re trying to avoid.

“These reforms are a win for everyone involved – they keep good people from getting stuck in the revolving door of the criminal justice system, allow law-enforcement resources to be used more effectively on crimes that jeopardize public safety, and help address the logjam of cases in our courts. It also will reduce costs for county jails and help address overcrowding without jeopardizing public safety or tying the hands of law enforcement.”

Another bill he is sponsoring, House Bill 4239, streamlines the process for immobilizing a vehicle after a driver is detained in Michigan. Mueller said the current process is unnecessarily complicated, requiring the confiscation and destruction of the vehicle’s license plate and the issuance of a temporary paper plate.

“With today’s technology there is no need to burden drivers with additional, unnecessary costs and waste valuable law enforcement resources by creating unnecessary paperwork,” Mueller said. “This plan streamlines the process without compromising public safety. Law enforcement will simply notify the Secretary of State through the law enforcement information network that a vehicle must be recorded as immobilized.”

The measures remain under consideration in the House Judiciary Committee.

State Rep. Mike Mueller today announced a plan to support law enforcement and provide resources to help strengthen relationships between officers and the communities they serve.

Rep. Mueller, a retired deputy sheriff in both Washtenaw and Livingston counties, speaks at a Capitol press conference Thursday on a plan to support local law enforcement and improve public safety. Rep. Mueller says access to mental health services for police, corrections workers and other first responders is key.

State Rep. Mike Mueller this week helped the House pass a resolution calling on the state health department to give local school districts more flexibility, so all student-athletes can have their immediate family members attend their sporting events.