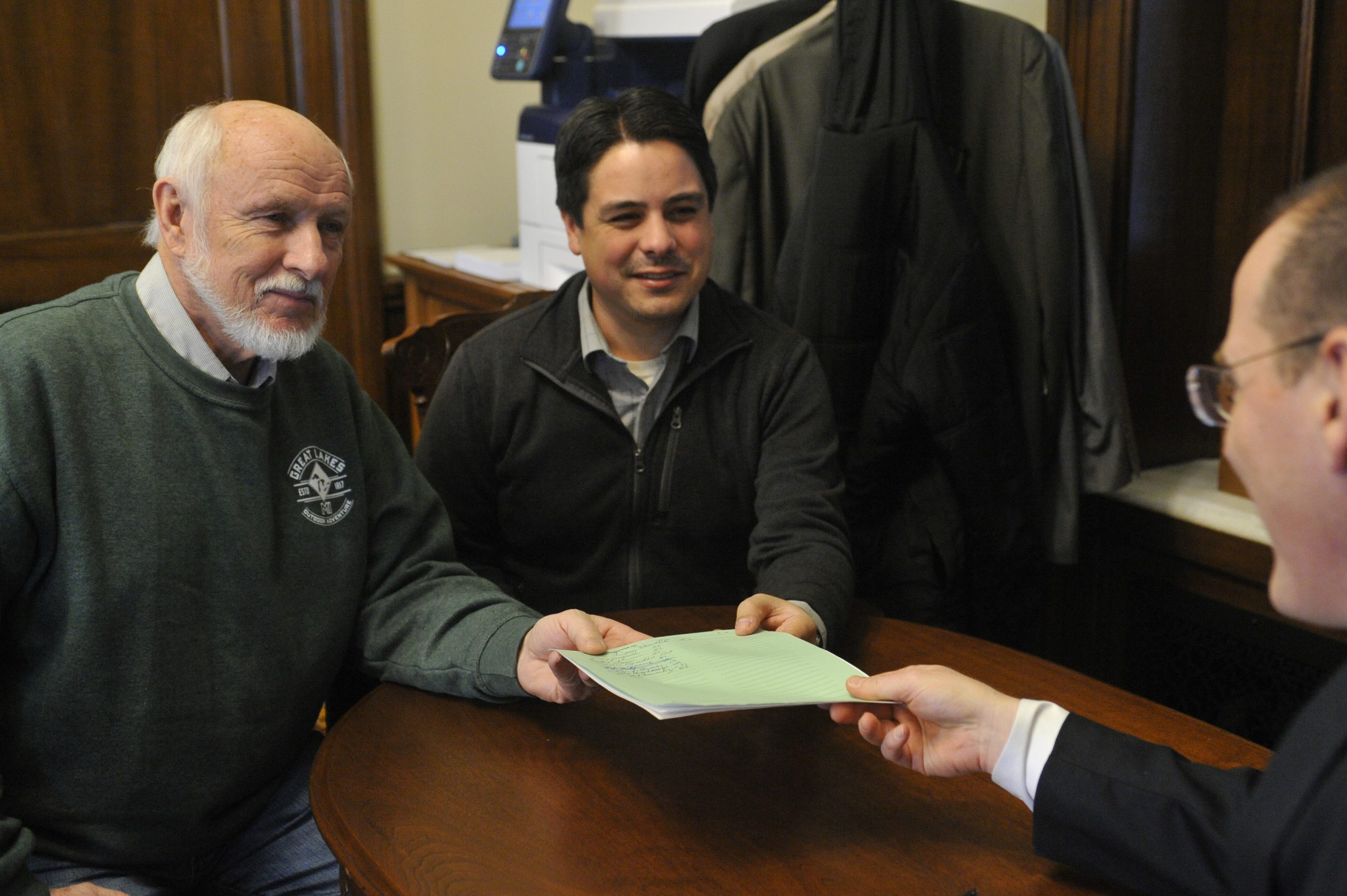 State Rep. Gary Howell, R-North Branch, has introduced a Resolution to prevent the Canadian government from proceeding with the proposed construction of an underground nuclear waste repository on the shores of Lake Huron. Howell serves as chairman of the House Committee on Natural Resources. The Resolution is cosponsored by State Rep. Shane Hernandez, R-Port Huron.

Howell’s House Concurrent Resolution 12 calls on Congress to prevent Canada’s most dangerous nuclear waste from being buried near the shores of Lake Huron. This location, being proposed by the Nuclear Waste Management Organization, is one of two sites under consideration for a nuclear waste dump—directly across the lake from Michigan’s Thumb. The NWMO consists of Canada’s generators of nuclear power and its wastes: Ontario Power Generation, New Brunswick Power Corp., and Hydro-Quebec.

“It is not in the best interest of the people of the United States or Canada to allow this outrageous proposal to proceed,” Howell said. “This would bring high-level nuclear waste from every nuclear plant in Canada. If chosen, the waste would be placed at Huron-Kinloss/South Bruce, in Bruce County, Ontario, less than a mile from the Lake Huron shore and only 1300 feet below the lake level—making for a potential catastrophe waiting to happen. We cannot jeopardize the safety of our citizens – especially when the Great Lakes provide drinking water for more than 40 million people.

“This is a high-risk venture that could have long-term devastating effects on millions of lives,” Howell said. “To construct an underground waste repository so close to Lake Huron would be totally irresponsible. The potential damage to the Great Lakes from any leak of radioactivity far outweighs any benefits that could be derived from disposing of radioactive waste at this site.

“The ecology of the Great Lakes is valuable beyond measure to the health and economic well-being of our entire region,” Howell said. “I strongly urge Congress to take every legal action possible to prevent this from happening. Just look at Germany – it is spending billions of dollars right now to dig up low-to-intermediate radioactive waste stored in a salt mine due to a leakage and other environmental concerns. This proposal involves much more serious high-level nuclear waste—the worst of the worst. We don’t need to create these types of problems on the Great Lakes.”

Once adopted, House Concurrent Resolution 12 would be sent to the President of the United States, the members of the Michigan congressional delegation, the United States Nuclear Regulatory Commission, and Canadian officials.

Rep. Gary Howell (R-North Branch) has commended the overwhelming passage of a House Joint Resolution on Wednesday which would amend Michigan’s Constitution. The resolution would require a two-thirds majority for the passage of any bills during a “lame duck” session—the period after a November election and before the end of the legislative term on December 31st.

Howell’s plan will help restore pheasant hunting opportunities in Michigan This past Wednesday, the Michigan Legislature voted in favor of adopting a plan by State Representative Gary Howell (R-North Branch) to create a specially designated pheasant stamp, with the revenue collected to be used exclusively for releasing pheasants for hunting on state-owned lands. The House […]