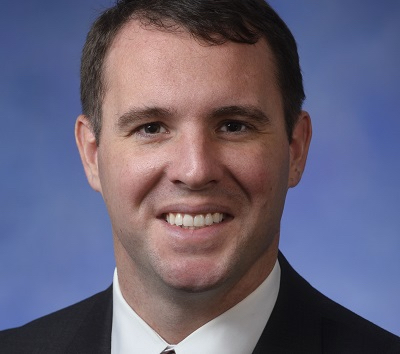 State Rep. Thomas Albert today called on a state board to protect the health of Michigan’s school employee retirement fund – a move he said will benefit both teachers and students in the long run.

Albert sent a letter to the Michigan Public School Employees Retirement System board ahead of its meeting scheduled for tomorrow (June 10th). Albert urged the board to fulfill its “fiduciary responsibility to the great retirees of Michigan, and our children” by allowing changes to improve the financial health of the state’s school employee retirement fund.

“Over the last year, the Whitmer administration has continually spread misleading information on this highly technical matter in an attempt to confuse people and prevent them from understanding the truth,” Albert wrote.

In May 2018, both the MPSERS retirement board and the state Department of Technology, Management and Budget adopted a lower payroll growth assumption as recommended in a required experience study, setting it at 2.75%. But the Office of Retirement Services claimed it did not yet have to lower the payroll growth assumption from its 3.5% rate because of Public Act 181 of 2018, a law sponsored by Albert.

Albert says ORS was not following state law by claiming rates can’t be lowered until they are automatically mandated to do so in 2022. In a response to Albert’s request for an evaluation, the attorney general’s office agreed with him. The attorney general response said the payroll growth assumption rate set in May 2018 – 2.75% – stands unless it’s changed again.

Albert urged the MPSERS board to leave the payroll growth assumption at 2.75% for the state’s 2020-21 fiscal year, rather than raise the rate.

MPSERS-reported payroll has been steadily declining by an average annual rate of more than 2% for more than a decade, so the lowered assumption should be incorporated right away, Albert said.

Albert noted there will be budgetary pressures this year because of COVID-19 – but said shortchanging retirees and children is not the way to relieve that pressure.

“Governor Whitmer’s dismissal of criticism about DHHS Director Elizabeth Hertel’s out-of-state travel over spring break is another example of why her administration has a credibility problem when it comes to the state’s COVID-19 response. It’s another example of hypocrisy and failed leadership.